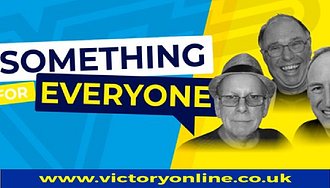 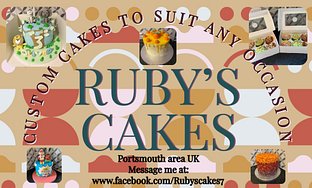 For many people in Portsmouth & surrounding areas in the south of the UK, the launch of Radio Victory in the mid-70's was a very important event in radio history.
At the time, I was living in nearby Emsworth & working in a factory, & can remember instructing my mum at home to switch on my radio cassette recorder at lunchtime to record the opening of the station on 14th October 1975. I still have the tape now...

Radio Victory was a breath of fresh air with BBC Radio 1 begining to lose its sparkle at the time, & various independent local stations begining to crop up all over the country, following the success of the forerunner Capital Radio which had been broadcasting in London for the past couple of years.
Whether listening in the car, the workplace or at home, Victory soon became many peoples favourite station in the Portsmouth area. The fact that it was local was a great asset at the time, & even the adverts were a fascination. The station also started to venture away from its Fratton Road studios with many outside broadcasts from local events, including the annual Southsea Show.

In the early days, the presenters on Radio Victory were a mix of local DJ's like Glenn Richards & Nick Jackson, through to household names like Dave Christian (formerly with Radio Luxembourg) & even Kenny Everett who used to record a weekly show for the station. Sadly, many of these presenters are no longer with us.
Even though I was fastly becoming a popular DJ in various venues in Portsmouth in the late 70's, working in radio never interested me at the time. I much preferred the experience of being able to see & mix with my audiences, rather than talking to a pane of glass...
I did however do a few guest spots on Friday's "Victory Vote" urged by the late DJ Keith Butler who became a good friend of mine around 1979. The idea of the feature was to get a few local music people in the studio to review the weeks "new release" records. The fascination soon wore off for me though, when they expected me to appear on there too often.

By the early 80's the original magic of Victory seemed to be fading rapidly for myself & many others. Most of the good presenters had moved on to pastures new, & the station became very stale.
General society was getting very money dominated & materialistic, & for whatever reason Radio Victory lost its Broadcasting License in the mid-80's.

Since then Radio Victory has been revived at various times over the years, but somehow it never captured the original impact of the station.
With BBC Radio's 1 & 2 having had a facelift at the time, & various independent local stations like "Power FM" attracting a vast audience, things were never going to be the same again for Victory.

Radio has moved on, & since the 90's with the introduction of Freeview, Internet, Phone & Tablet apps, Smart Speakers & DAB as listening options, the days of twiddling the knobs on your transistor radio to tune into your favourite radio station are long gone.
Large corporate broadcasting companies have taken over most of the previously established independent stations, & it's got to the stage that almost anyone can start up an online radio station in recent years, with many of the well know presenters from days gone by doing it for pleasure, & not for the money.

I must say I was quite shocked when I received a call early in 2021 from a long time old friend Bob Bruce (who had been involved with the station in the past) telling me that he now owned the "Victory" name & intended to revive the station for the future in a digital format, & asking me if I'd like to be part of the team.
It wasn't an easy decision for me by any means as I've never worked in radio before, & (as I previously said) radio presenting had never really interested me in the past. Furthermore I hadn't done any form of DJ work since the late 80's, apart from a bit of visual fun stuff on the internet during the lockdown of  2020.

So here we are...
At lunchtime on 18th February 2021 "Victory Online" was launched. Although now based north of Portsmouth in Cosham, many of the presenters broadcast from home at the moment. The wonders of modern technology...
The main aim of the new Victory is to bring it forward to the digital age, but to keep the nostalgic local feel that everyone loved in the earlier years. I was firstly offered a pre-recorded "Motown Show" (Soul & Motown) aired on Tuesdays evenings, & then a "70's Show" for the same time slot on Wednesdays. Both shows were right up my street, as I often did Oldies Shows back in my Disco days, plus my recent internet shows on Mixcloud had featured old Top 40 Hits. Another bonus was that the shows could be heard all over the world. Both of these shows were a part of the "Something For Everyone" series, & were repeated on Sunday afternoons.
I must admit that recording the first couple of shows were a bit of a struggle, as my other internet shows are Live & have instant audience interaction in chatrooms from the listeners, but I gradually got into the swing of it. I continued doing the shows for around 3 months.

Victory Online is already going from strength to strength with a wide variety of presenters & shows 24 hours a day, featuring music from the 50's through to the 90's.
Tuning in to the station offers many options for the listeners too, with it being available online, on phone or tablet, or on Smart Speaker by asking Alexa to "Play Victory Online".
Victory ventured onto DAB+ early in 2022, making it simply available locally to everyone at home, work, or in the car.
So 47 years on, the future's looking bright again for Victory Online...

As many of you will probably know, I am no longer involved with, or providing pre-recorded shows for Portsmouth's "Victory Online" (Radio Victory).

I started doing weekly "Motown" & "Seventies" shows on Victory when the station opened earlier in the year, & continued until a couple of months ago. Although some of my old shows have still been broadcast on there until recently.

My main reasons for leaving are that I much prefer doing LIVE shows with instant public interaction, & also because I wanted to concentrate on launching my own internet station "www.classicHIT40radio.com" which plays Non-Stop Oldies 24/7. Something that I have wanted to set up for the last 10 years...

Many thanks to Bob Bruce & all at Victory for giving me the opportunity to play my kind of music for the last few months, & to the many listeners for your support.

Good luck for the future!